There’s a question I’ve been wrestling with for a long time now, and I just don’t know many people who could answer it. So, perhaps like Plato pursuing Socrates, I recently went out on a limb and sent my question to a handful of authors I respect and aspire to be like. The question shot out into cyberspace, and I fully expected it to sit there in limbo unanswered forever. These were published authors, after all, with busy lives and jobs and families and their own books (not random emails) to write.

But cyberspace surprised me. Cyberspace and some sort of writer-to-writer solidarity and the Spirit of God with us.

Their words were so wise, so full of truth about writing and life, forgiveness and healing, that I want to share here some of their advice, in hopes that others might learn from it too.

Question: “Could you offer any advice on how to write charitably about negative, hurtful experiences with church? I want to be clear that I love Christ and His Church dearly, even as I write some stories that paint her in an unfortunate light. Additionally, at a practical level, when writing nonfictional narrative about a negative experience with church, would you make up a fake name for the church, fake names for pastors, take poetic license with describing people/places so that they don’t resemble real people/places, etc.?”

“I know there are a lot of people who hold to Anne Lamott’s advice to tell the whole truth and if people wanted you to write nicely about them, then they should have behaved better. 🙂 But I couldn’t quite get there. I think because at the end of the day, when all of the hurt was healed and forgiveness on both sides had been offered and received, I loved them. I still do. And so that complicates things. Were there things that were wrong and horrible? Yes. Do I have some major critiques? Absolutely. But I wanted to write about them in a way that built bridges and brought healing, too. I think overwhelmingly people were doing the best they could most of the time and often have their own regrets. Even the ones that don’t yet may someday. So I typically have stayed away from specifics or from identifying situations, I have tried to acknowledge the feelings more than the actions, if that makes sense. Like, I may have been betrayed but no one needs to know the details of that betrayal now if that makes sense but the way that the journey went from the betrayal is what is interesting. However if your work is more memoir driven … then doing the things you mentioned – combining stories, fake names, that sort of thing – is very common in order to protect not only yourself from libel/slander but also to muddy the waters enough that people suspect but aren’t sure. It’s helpful and a good tactic for a lot of memoir writers. I know you’ll discern the right path and sometimes that path won’t emerge until the book is written. Often when we’re in the throes of that first draft, it’s better to simply get it all out – truth and dirt and real and honest – in the first go, see how it’s landed, and then go back to edit it in a way that makes the most sense for you. That might mean taking out details and specifics like I do or it might mean rewriting it with new names and places to obscure the details or it might very well be that you know in your heart of hearts that it has to stand, as is, in the naked truth to do what the Spirit longs to do with it and in you.” 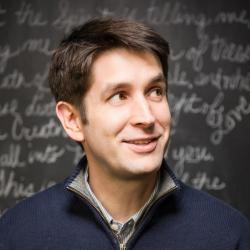 “The truth is that hurt isn’t just found in the more fundamental evangelical traditions. My mother grew up Episcopalian and carries a good many wounds. One of my best friends was reared in the Catholic church, and he could say the same. I think the rub comes (so often) when young idealistic ways of thinking come up against the realities of life that aren’t easily explained by the simple theologies of preachers, priests, and teachers (or elders, or church mothers, or deacons, or best friends).

And that being the case, when I’m writing about hurtful situations, I try to look behind the facade, the words, the base interpretation. I try to ask myself—what was the heart behind the thing that caused the pain? Was it love? Fear? Anxiety? Was the preacher afraid for my soul? Was there genuine myopia, or ignorance? If so, then I try my best to extend mercy, forgiveness, understanding, and love, all with a gentle (yet instructive) pen. This is, generally speaking, an easy path of discernment because so many of them (of us) are just doing the best we know how with what we’ve been given. In other words (as we say in Arkansas) “ain’t no one perfect.”

“One, always ask yourself if this is your story to tell. Don’t tell someone else’s story for them, even if it’s a story that involves you. There are ways of telling the part about you without also telling it for them. That’s tricky and it takes practice, but it’s worth simply asking yourself, once in a while, Is this mine? Two, at the same time, your negative experiences are yours. So they’re yours to steward. Then you ask yourself if it’s a story that needs telling now. (Please read here nothing about shame or about covering things up, but rather if you are ready to tell the story.) Third, if it needs telling now, then yes change names and details that don’t change the truth of the story. There are two reasons for this: you are protecting the innocent who might be collateral damage in details and you are leaving room for someone to repent. You don’t have to gloss over the bad, but by leaving some room for anonymity, you tell the truth for the sake of exposing yourself, not exposing someone else.“

“My best advice is this: write it all. Don’t censor yourself during the writing process, just get everything down. Later, in the editing stages, you can work through what really needs to be there. There will be places when then hard truth is necessary and real and important; there will be other places where you find that your pain is coloring things a little harsher than they need to be. But all that comes later. For now, just write.“