During an undergraduate religion course, I attended a lecture by the prominent theologian Stanley Hauerwas. He spoke of ethics and animals, vegetarianism and violence. But, again and again, he circled back to the phrase: “the difficulty of reality.” The phrase, which he attributed to a paper by Cora Diamond, refers to a reality “painful in its inexplicability.”

In other words, the difficulty of reality is that sometimes when bad things happen that can’t be explained — even by the best theologians — the difficulty lies not only in the thing that happened but in the inexplicability of the thing. 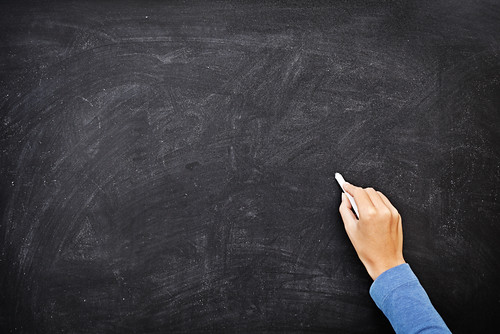 The day after the Hauerwas lecture, my class convened as usual, and the professor walked in almost 10 minutes late wearing a black button-up and black slacks. “We’ve seen the difficulty of reality,” he said, shaking his head. A fellow professor in his department had passed away unexpectedly, he explained, and it was being deemed a suicide.

The scholar stood stunned before us — and in his silence taught us one of the most valuable lessons we may ever need. He showed us that it’s OK, even for a theologian, to not explain everything.

For my professor, and for Hauerwas, I don’t think lacking an explanation was a mistake or an embarrassment or a way of saying “explanation forthcoming.” Nope. The lack of explanation was just reality.

In my own life, too, sometimes lack of explanation is just reality.

In the past few weeks, I’ve had a pesky sore throat, a major conflict at work, a friend go into the hospital, and multiple meals with loved ones end in despair rather than dessert. It’s been so much and so sudden that I can’t comprehend it all.

At the end of the day, I’ve collapsed on the couch, sneezing and sighing and begging God “Can I have just one normal day please?”

And God, in His silence, has taught me one of the most valuable lessons I may ever need. He’s showing me that it’s OK, in His kingdom, to have a new normal.

We live in a difficult reality. The already-not yet. Redemption already enacted and restoration not yet completed.

“In this world you will have trouble,” Jesus said in John 16:33. “But take heart! I have overcome the world.”

So, I don’t have to be surprised by difficulty, because it’s part of reality in this world. Jesus promises us that.

And I don’t have to be overcome by difficulty either, because it’s just part of reality in this world — this world that Jesus has overcome. This, too, he promises. 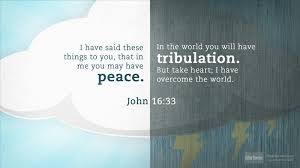 1 thought on “The Reality of Difficulty”